Who is the legendary Dutch striker who went through Eindhoven, Real Madrid, and Manchester United?

Do you know who the best striker of the early 2000s was? When asked who the best striker is, there is a name that always appeared. Wherever he went, he turned it into a scoring stage, and he was always the top scorer. The god of the ground following the Dutch striker genealogy. His name is Ruud van Nistelrooy.

the beginning of his life

Born in Oss on July 1, 1976, in southern Netherlands, Ruud van Nistelrooy has been a boy full of football aspirations since childhood. His father was an engineer, his grandfather was a farmer, and Os, the area where he grew up, was Dutch, but there were more Belgian people, and there were no star players in the southern part of the country that he could resemble. With the exception of Ruud van Nistelrooy, the only soccer player from the southern Netherlands who had a lower education than the northern region was Boudewijn Zenden. Surprisingly, Ruud van Nistelrooy, who was not very talented in soccer in his childhood, worked hard at school under unfavorable conditions, spent a lot of time playing soccer, and liked to write letters to soccer players to sign autographs.

reputation as a soccer player

Ruud van Nistelrooy, who moved to RealMadrid for 18 billion won, scored 25 goals from the first season of the transfer, showing his amazing scoring ability as the top scorer in his debut season, making many fans enthusiastic about him. In particular, Ruud van Nistelrooy scored 10 goals in eight games from the 31st to the 38th rounds, scoring a decisive goal against Barcelona, which had the same points until the 38th round. Ruud van Nistelrooy had a good chemistry with Beckham and Sneijder, contributing greatly to Real Madrid winning the league for the second consecutive year. In three years, he played 134 games and scored 64 goals and showed amazing scoring skills of 0.46 goals per game.

Ruud van Nistelrooy is retired but remains a legendary player.

"The opportunity was created for Ruud van Nistelrooy."

Popular posts from this blog

188cm tall and with amazing reflexes, he is the guardian of the French goalpost. 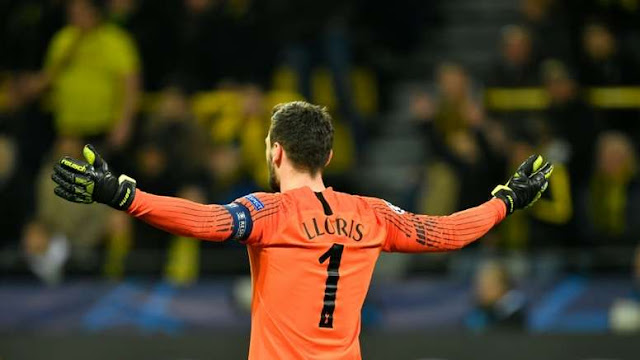 Hugo Lloris / https://www.besoccer.com Hugo Lloris, 188cm tall, with amazing reflexes, has saved sluggish French football from the crisis and is becoming the brightest goalkeeper in his team, Tottenham, and the greatest goalkeeper in France, and has been defending the French goal for the longest time. Who is he ? Born on December 26, 1986, in Nice, a beautiful coastal city on the Mediterranean coast, Hugo Lloris ' family grew rich between a banker's father and a lawyer's mother, unlike many soccer players born and raised in poor conditions. Hugo Lloris, who idolized tennis legend Peter Sampras as a child, dreamed of becoming a tennis player but also enjoyed soccer. But he enjoyed playing tennis a little more. Hugo Lloris, who played tennis until the age of 12, changed his dream as a soccer player because he was a goalkeeper.  The quickness and reaction that I learned from tennis helped me a lot in playing the goalkeeper, and I started training at the " Youth Academy
Read more 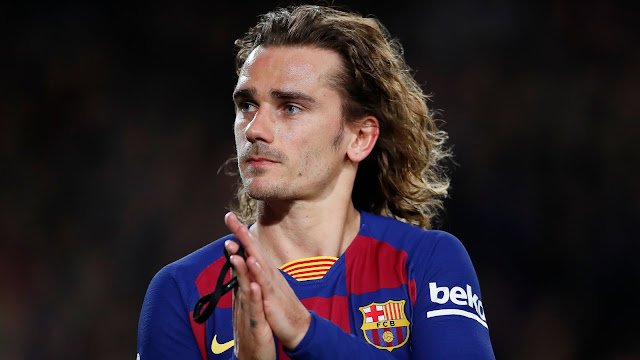 Antoine Griezmann /  https://www.skysports.com "France's perfect striker who put France at the top of the World Cup in 20 years." A player who can play with teamwork and go to any position. He has a lot of fans with very good and witty play and hasn't shown much performance since moving to Barcelona, but he's definitely the perfect striker of the current era. Today, I introduce Antoine Griezmann . the beginning of his life On March 21, 1991, Antoine Griezmann was born in Makong, located in southern France, famous for its industry and wine, to his mother, a hospital cleaner, and father, a soccer youth coach. As the name suggests, the reason for having a German family name was due to the influence of a German father, and the soccer player DNA was largely influenced by his Portuguese and professional grandfather. He started playing soccer when he was 6 years old in his hometown team, Makong Youth, and Beckham was an idol and used to imitate his poses. However,
Read more

Sports King
Hi, I am a sports king who delivers solid sports information. I'm also providing information about 우리카지노 so please subscribe to my blog.